Inquire about our bundle deals.

CBD is a cannabinoid available as an oil or supplement. It can be used in different ways, including to relieve stress and anxiety, pain and especially sleep. Unlike medical cannabis, CBD is legal in several European countries. In this article, we will explore the relationship between CBD and sleep and how it can help you fight insomnia.

Cannabidiol, or CBD, is a chemical compound found in the cannabis plant. There are several cannabis species that naturally contain CBD.

Cannabis has been used in medicine for centuries as a sleeping pill, pain killer and nausea. It is also used to relieve anxiety and other mood problems. It was in the mid-sixties that scientists identified the first cannabinoid. Since then, they have been able to identify more than 80 cannabinoids and have continued to study them to determine their potential abilities to relieve symptoms, improve sleep and fight disease.

CBD and Sleep, an effective action against insomnia

CBD has the ability to reduce anxiety, which can be very helpful in reducing sleep difficulties and improving quality. Indeed, and as NordicOil explains, CBD can increase the number of nights of deep sleep and fight against insomnia. Moreover, it has been shown that CBD reduces insomnia in people with chronic pain.
In low doses, CBD Oil stimulates alertness and reduces daytime sleepiness, which is important for the physical performance, strength and consistency of the sleep-wake cycle.

CBD can help reduce behavioral problems in people with Parkinson’s disease. REM behavior disorder is a condition that causes people to physically react during their dreams and REM sleep. As a rule, during the REM, the body is largely paralyzed, a condition called muscle atony. This immobilization prevents sleepers from physically reacting to their dreams. In REM behavior disorders, this paralysis does not occur, leaving people free to move, which can lead to sleep disturbances and serious injury to themselves or their partner. CBD can also help reduce pain and improve sleep quality in people with Parkinson’s disease.

How does the CDB work?

Scientists have come a long way in understanding how CBD produces its soothing, sleepy and anti-inflammatory effects on the body. We know today that CBD interacts with many receptors, proteins and other chemicals in the brain. These interactions create changes in the activity of neurotransmitters, hormones and other brain cells. Through these interactions, CBD appears to affect many body functions: from sleep cycles and emotional regulation, to inflammation, pain perception and convulsions.

Our body actually produces its own cannabinoids, which are part of the system known as the endocannabinoid system. This system participates in the regulation of many physiological processes, including mood, pain perception, appetite and cognitive function. CBD therefore interacts with the body’s endocannabinoid system and its receptors to relieve pain and help the body fight drowsiness. 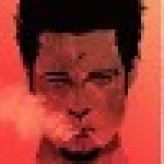 CBD for dogs is trending a lot lately, cbd for pets became more and more…

Benefits of CBD for Women’s Health – Is it for you? With Canada legalizing the…

Benefits of CBD skincare: Can it help with Skin Problems? Can CBD Skincare products help…

Kindly get back to your previous orientation view... your wheel is rolling there...
Your coupon have been sent to you via email. You can also use the coupon now by clicking the button below:
Continue and Apply To Cart
Skip for Now
OptinSpins special offer unlocked!
You have a chance to win a nice big fat discount. Are you feeling lucky? Give it a spin.
* You can spin the wheel only once.
* If you win, you can claim your coupon within limited time
* OptinSpin reserves the right to cancel the coupon anytime
1785
Check your email to get your winning coupon!X